This narrow gauge railway line is operating on the outskirts of our capital city. It is winding in the woods of Buda hills in the 2nd and 12th district between Széchenyi Hill and Hűvösvölgy. The name it bears has a very special and unique meaning as it is operated by children – of course under adult supervision. It got listed on the Guinness World Records in 2015 as the longest railway in the world operated by children. The railway line that operates without electrification runs on only one rail-track. It is more than 11 kilometers long and it tackles with 235 meters of elevation gain in just about 45 minutes.
open
easy
Distance 11.2 km
Duration0:45 h
Ascent34 m
Descent262 m

These days, the Children’s Railway (formerly known as the Pioneer Railway) plays a significant role in Hűvösvölgy and Buda Hills. However, back in those days, there was a huge debate over its location. Many wanted it on Margaret Island, others suggested the area of Népliget, or even the park of the Royal Palace of Gödöllő. Construction works began in April, 1948. Those days, the project was so important that the first phase was finished incredibly quickly, just within three months. The line connected Széchenyi Hill and Virágvölgy (Flower Valley) station and it was three kilometers long. The second phase was completed and inaugurated two months later, in June, 1948, between János-Hill and Szépjuhászné. Eventually, the railway, which is nearly 12 kilometers long and has been in use ever since, reached Hűvösvölgy, its final destination in 1950.

In the beginning, there were only three trains running on this line, of which only one, nicknamed Kis (Little) Piri was designed especially for the Pioneer Railway. One Ganz engine car arrived from the small railway line in Lillafüred and one diesel engine was transported from Békéscsaba to Buda Hills. Along with the length of the rail-track, the machine stock also increased. In 1950 two brand new Ganz motorcars went out to service and in the 1960s and 70s Mk48 and Mk49 diesel engines were also in use.

The six red and white Mk45 diesel engines that are currently in use were made in Romania; they have been running on this line since 1973. Their restoration began in 2010 and the old (MB836 type) engines were replaced by more modern Caterpillars of much lower consumption.

After the political changes the Pioneer Railway was immediately renamed. However, the most important thing did not change: there are still 10-14 year-old children in service on the trains and at the stations. They do this under the supervision of adult stationmasters and engine drivers. Also, the technical background is ensured by qualified workers of the Hungarian State Railways, so it is guaranteed that we will never meet an underage fireman. Any child can join the  Children’s Railway provided that he or she does well at school, is granted permission by his school, is found healthy at the medical test and does a four-month-long course.

It is advisable to visit the sights along the railway line and link the ride to a short excursion. Just to mention a few, for instance:

The journey does not pose any technical challenges – we can start off either with children or with the granny.

Tickets are available not only at the ticket office but at the conductors on the train also.

Stations of the Children’s Railway and their accessibility:

Stations of the Children’s Railway and their accessibility:

Click on the selected stop or station to display on the map.

Parking facilities at the stations:

A journey on the train does not require any special equipment. Wear comfortable clothes and bring some snacks and drinks with you. If you are also planning to take a trip, it is advisable to wear hiking shoes. 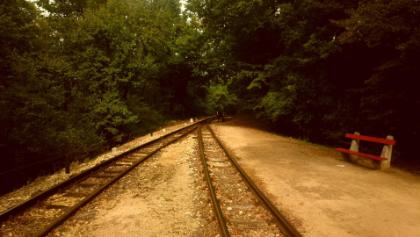 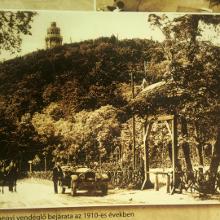 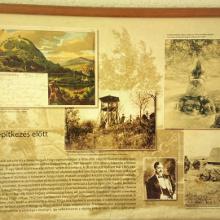 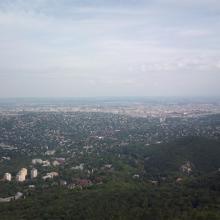