Ruins of the Pauline monastery in Salföld

Explore the ruins of a Pauline monastery hidden in the forest between Badacsonyörs and Salföld.  Its relatively good condition and easy accessibility make it a popular tourist destination in the area.

The monastery and the church dedicated to Mary Magdalene were built in Gothic style by the Pailne Order, the only monastic order founded in Hungary. An excavation in the 1960s exposed the complete monastery finding walls up to the height of 1 meter, while church walls reamined up to roof height.

The exact date of construction is unknown as originally it was a Romanesque church extended and remodelled by the Paulines. A document dated 1307 calls it "Monastery of Köveskút", so it is also known by this name or as "Kőkúti Monastery".

The monastery is one of the most intact ruins from medieval times with its high walls, arched windows and doorways as well as a stone well in its cloister.

The buildings were probably devastated in the mid-16th century, during a Turkish campaign, however, it had already been uninhabited earlier. It was left abandoned for centuries and in the 18th-19th centuries its stones were scavanged by locals to rebuild Salföld. The dam constructed by the monks on the nearly Burnót Creek was also scavenged at the same time.

In 2003 a picnic spot was established on the clearing at the ruins with tables, benches and a fire pit, and later, in 2004-2007 the ruins of the monastery were tidied too.

The ruins and surroundings have always been a popular tourist destination, but as Salföld with its refurbished authentic buildings is getting more and more favoured, the monastery is also becoming a more frequented place. It is around 2 kms from the southern tip of Salföld, so an easy walk with no elavation gain. From Salföldi Major a carriage ride service is also available. You can reach the ruins coming from Ábrahámhegy also, following the Red (P) markers from the train station (3 km) and a round trip via Folly Arboretum is a great option too.

The highest of the buttes around Balaton rises majestically on the lakeside. It rewards hikers with wonderful views, geological rarities and ... 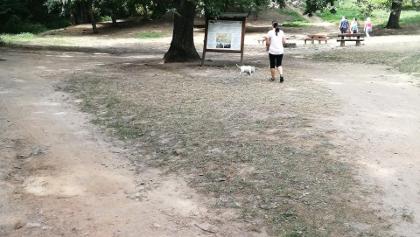 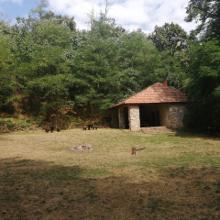 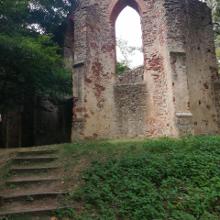 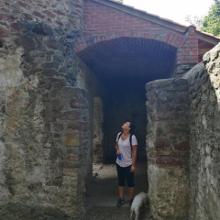 Ruins of the Pauline monastery in Salföld

The highest of the buttes around Balaton rises majestically on the lakeside. It rewards hikers with wonderful views, geological rarities and ...