The ruins of Szádvár glow bright white atop an extremely steep conical hill. The hill provides the most wondrous view of Aggtelek Karst; its crumbling walls covered with rich vegetation bring tales of adventure in mind, making it well worth the tiring hike.

The castle might have been built in the 13th century, in the great fortification rush after the Mongol invasion. The first mention dates back to 1268. Items discovered during archeological excavations of the Castle Hill suggest that around the 1200s some kind of fortification had already stood in the place of what became known as Szádvár.

The original castle was extended by its owners, the Bebeks, after the battle of Mohács, in the 16-17th century – walking around the ruins, we can still see hints at its once impressive size. During its history it changed hands several timed; a Czech captain in alliance with the Hussites, the Szapolyai family. It was occupied by the armies of palatine Amádé Aba, and István Werbőczi, before getting back into the hands of the Bebek family. The most significant event in its history was in January 1567, when it withstood a siege against the imperial troops led by Lázár Schwendi for 4 days. The continual bombardment left enormous holes in the wall, leading to Zsófia Patócsy (wife of György Bebek) giving up the castle in exchange for a peaceful withdrawal.

For a short time, the Esterházy family owned it, then the kuruc armies of Thököly, and after the end of the Rákóczi revolution, the royal court demanded its destruction in 1686. It was probably burned down in 1688. In the most part of the 20th century the ruins were too close to the border, therefore visiting them was prohibited. Nowadays the Szádvárért Baráti Kör (Friends for Szádvár) are doing excavation and renovation works around the area. Not many walls are left standing, but those still erect can be seen from afar.

The ruins of the limestone castle occupy an enormous area of the small plateau. The hill itself is a steep-sided rise with a tiny plateau on top surrounded by jagged rocks. It sharply rises over its surroundings, making it a magnificent lookout point. It provides a superb view of Szögliget basin and Bódva valley. If you turn east, you will have an unobstructed view all the way to Zemplén Mountains. From the southeastern side of the castle, visitors can admire the Ménes valley and a huge slice of the Aggtelek Karszt. By using a binocular one could see the Castle Hotel of Szelcepuszta, or the slope of Nagy-oldal. From one part of the castle, you can see into the depths of the Slovak Karst via a small gap.  If you look south, just like with most of the panorama of the Aggtelek Karst, you will have a marvelous view of the Bükk plateau. It is refreshing to see natural forests without major clear-cuts.

There used to be a quite steep hiking trail on the northern side of the ruins, leading to the clearing of Vár-kert. Nowadays one cannot find markers on these dangerous paths, but the trail on the sunny, southern slope offers a pleasant landscape of calcareous grassland and scrubland. The hill got its name from its bare, rocky slopes. Szárd means bare, barren in old Hungarian.

open today
Open all year round

Help others by being the first to add a review. 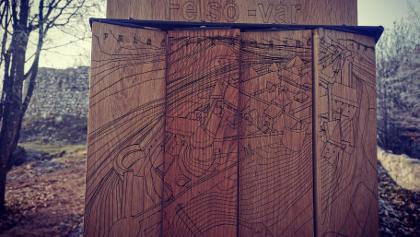 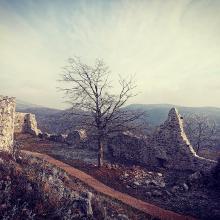 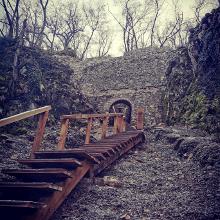