Botanical garden of the University of Szeged

The botanical garden in Újszeged district is a perfect choice for a romantic amble. It does not simply present various plants but also awaits visitors with exotic sights and habitats, such as a huge green house, a Japanese garden, the lotus lake, the tropical butterfly house, a gorge with a cascade and the herbs garden.

Besides scientific and educational goals, the garden is aimed to enhance environment consciousness through several thematic events. The pond of the garden has the largest open-air Indian lotus collection in Central Europe established in 1930. Since 2008, this collection has served as the basis for the annual Lotus Days, the most popular event of the garden.

History of the garden

When the University of Kolozsvár (Cluj-Napoca, Romania) forced out of the town past WWI in 1922 and moved to Szeged, the town donated 8 hectares of land to the university to establish a botanical garden. Founding Director István Győrffy not only started to populate the garden with the first plants but by 1931 an artesian well, the first greenhouse and the first pound were also constructed. Director Pál Greguss (from 1940) made a major contribution to showcasing tropical crops by constructing further greenhouses. Under Director Imre Horváth’s management (from 1965) the garden was extended by 4 hectares and the earlier taxonomic arrangement was replaced by plant communities. After his death the collection of perennial plants was established and developed by Pál Simoncsics and then Sándor Gulyás.

Botanical values and specialities of the collection

The first trees of the garden were ashes, beeches and weeping willows, with many still alive today, and later exotic trees were added to the “Collection of Trees and Shrubs”.  The “Herbs Garden” consists of nearly 250 species and cultivars. The Collection of Gymnosperms was established in 2005 with around 40 species, such as pines, thujas and junipers as well as their unique variations by shape and colour.

The main attraction of the garden in summer is the Lotus Lake with a cavalcade of lotuses, water lilies, water hyacinths, floating ferns, spiked water-milfoils, floating pondweeds surrounded by mighty bald cypresses.

The Farmstead presents plants grown by farmers around Szeged and offers educational programmes for kids to try gardening. The Rose Collection contains 145 cultivars bred throughout centuries and a collection of old roses with 42 cultivars (old roses aka antique roses: any cultivar that existed before 1867, when the first hybrid tea rose was discovered).

The Greenhouses are home to 1,200 species of tropical, subtropical, Mediterranean and desert plants, such as high rising tropical trees surrounding colourful orchids, bromeliads, ferns, succulents and cacti. The fern collection with more than 100 cultivars is one of the richest in the country.

Other thematic collections of the garden include “Hungarian forest communities”, “Perennials”, “Daylilies” and “Living fossils”.

The botanical garden is engaged in the ex situ conservation of the Pannon endemic long-lasting pink. This includes growing thousands of them using seeds collected in the wild and outplanting. Propagation techniques for 32 loess grassland species have been developed and successfully applied by researchers of the garden. Researches on the flowering and reproduction biology of spring pheasant's eye, Siberian iris and long-lasting pink also form a part of active nature conservation.  50 protected plant species with thousands of specimens truly demonstrate their commitment to this mission.

The garden, as a university institute, primarily serves university education and research, however, in 2006, its activities were extended to general education. Children from nursery and primary schools are offered thematic sessions in every season. The annual Lotus Days has grown into a large-scale cultural event with thousands of visitors since it was started in 2008.

In 2007, the Farmstead opened with typical crops and decorative plants of farmsteads around Szeged. Other recent developments include the herbs garden designed according to ancient monastery guidelines, a diorama of birds in the botanical garden, the renovation of the bird friendly garden, building a butterfly friendly garden, an apiary demonstration, a new greenhouse with an area of 500 sqm and a height of 7.5 metres, multi-level ponds presenting aquatic plants of tropical rivers and lakes, a Japanese garden and a rose garden with a collection of old roses.

Open all year round. Check website for opening hours.

1
from Zsuzsa Lévai,   Magyar Természetjáró Szövetség
Show all on map 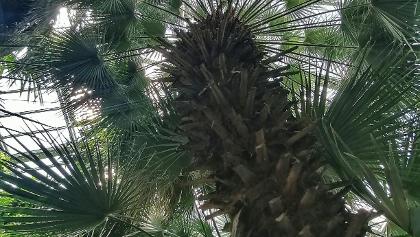 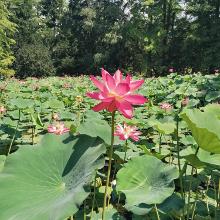 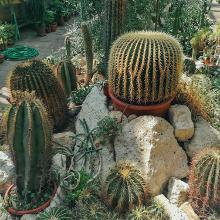 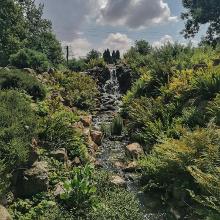 Botanical garden of the University of Szeged