The large hall of the highly protected, but freely accessible Jankovich Cave is located in the north part of Gerecse Mountains at Bajót Öreg-kő (Old Cliff). It served as a dwelling for prehistoric men.

The remarkable limestone hills of Öreg-kő near Bajót are not only popular with tourists but archaeologists, cavers, geologists and rock climbers as well.  The steep horst composed of Late Triassic limestone encases the cave with its entrance at a height of 340 meters. This is not only one of the most spectacular caves of Transdanubia, but also one of the most important archaeological site in this area. Passages and halls of Old Rock Cave were formed by karst water emerging from depths and dissolving domed holes in limestone.

Entering the big cave entrance there is a fascinating large hall of 35 meters length and 20 meters height, terminating in an almost circular horn of 8 meters in diameter at the top. This part of the cave is bathing in natural sunlight through this horn all day long.

At the end of the hall, there is a back room, accessible through a slope and visible only by flashlight, being farther from the sunny horn. Excavations started here in the 1910s, many remnants of bones and pottery were found. This back room was excavated later, and it turned out to be a huge sensation, as it was most likely closed at the end of the ice age, being unveiled for as many as 3,000 years. The room had been protecting several types of stone tools, totally intact, used by Neanderthal men. After a series of examinations the findings were turned out to be from a new, different prehistoric culture in Hungary, named ‘Jankovichian culture’ after these findings. Considering the proposal of head archaeologist Jenő Hillebrand, the cave was named after a former culture minister, Béla Jankovich, who had visited the site personally and sponsored the excavations.

Please, bear in mind that cave horns serve as a dwelling for bats, which are protected species in Hungary.

Near the entrance of Jankovich Cave there is the less spectacular Baits Cave, formerly known as Öregkői-barlang (Old Cliff Cave), which is also free to visit. It was named after György Baits, a former notary of Bajót, who had contributed a lot to start excavations here in this cave.

It is truly worth climbing up to the ridge of Öreg-kő to see the breathtaking view from here. The horn seen in the cave emerges to the surface here, so it is possible to look into it cautiously from the edge.

1
from Zsuzsa Lévai,   Magyar Természetjáró Szövetség
Show all on map 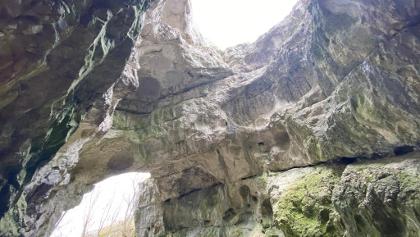 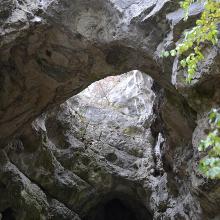 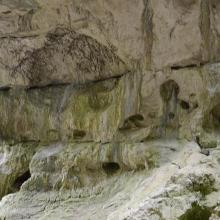 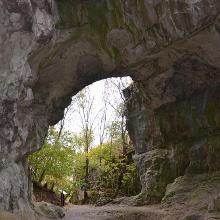