It is for a reason that Festetics Castle in Keszthely is the most popular castle in Hungary. Its monumental size, stunning park and long history make it a gem of the area west of Balaton.

The eponymous family originates from Croatia and moved to Hungary, first in Keszthely in the 17th century. Building the castle triggered the development of the settlement itself as Kristóf Festetics established a hospital and a pharmacy as well inviting craftsmen and surgeons to the town.

The construction of the castle started in 1745. Kristóf’s son, Pál as an advisor to Maria Theresa was granted the Earl title for his service. He founded a school in Keszthely and his son, György established the first college of agriculture in Europe (Georgikon).

Following more plans dropped and some small developments the most considerable extension was made in the late 19th century in Baroque Revival and Rococo Revival styles. By building the tower and the northern wing as well as redesigning the whole facade and interior the castle was given its current appearance.

The Victorian style park designed by Henry Ernest Miller is protected area and home to several buildings, such as a palm house, a coach house with a coach exhibition, a hunting museum and a model railway exhibition.  The visitor center on the corner of Kastély Street and Georgikon Street houses an interactive exhibition on aristocratic travels and general travel culture while the cellar hosts the House of Balaton Wines.

The coach exhibition displays more than 50 luxurious coaches and several horse riding accessories. Certainly, there is no aristocratic home without trophies. The trophy collection features trophies from 5 continents. We may encounter animals alive also around the palm house with a colorful cavalcade of birds in the birds’ park.

The model railway exhibition grants an insight into the Hungarian, German and Austrian railways presenting the heritage of the three countries from the 19th century to modern times.

The greatest value of the castle hides in its library called Helikon Library with the last intact aristocratic book collection in the country. From the early 19th century the library invited the most reputable intellectuals, writers and poets of West Hungary twice a year earning the nickname “little Hungarian Weimar” by poet Dániel Berzsenyi. The most precious item in the library is Chronica Hungarorum from 1488. The castle museum presents various thematic exhibitions in restored rooms giving an insight into the life of the peerage in the 18th-19th century. 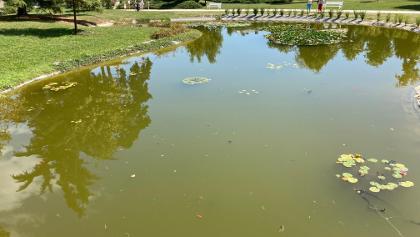 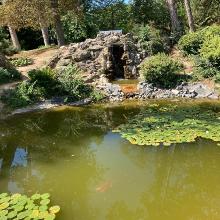 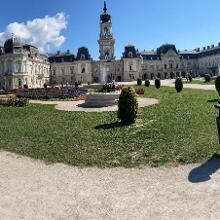 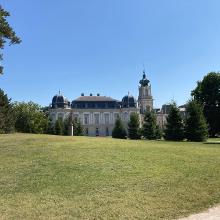