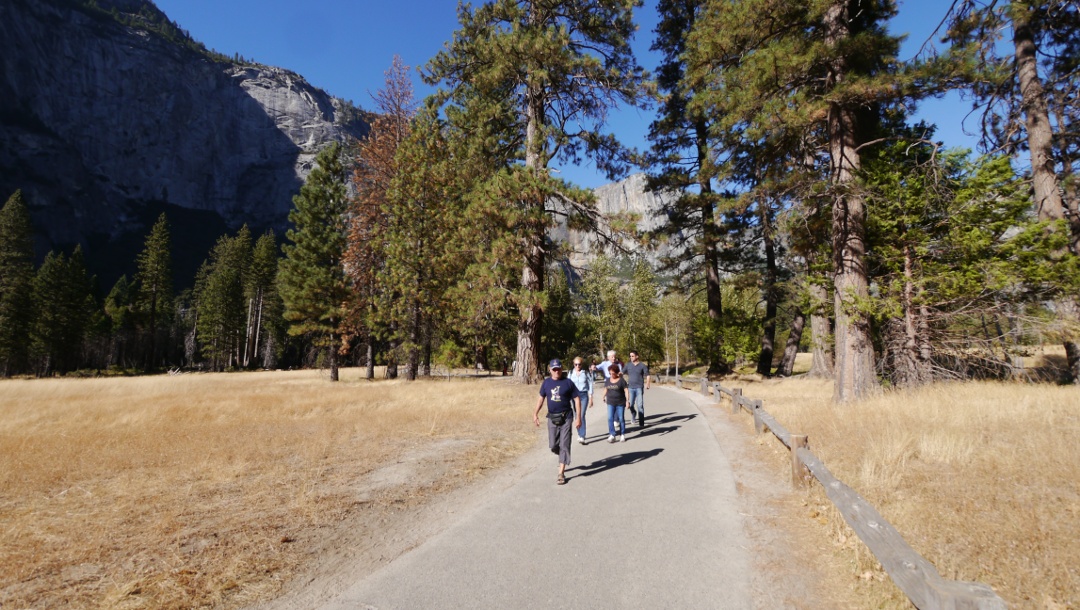 The region in the northeast of the United States bears its name in memory of the Pilgrim Fathers who immigrated to America in 1620. The area is formed by the present states of Massachusetts, Connecticut, Rhode Island, Vermont, New Hampshire and Maine.

New England is not only worth a visit for lovers of Victorian architecture. Two of the most famous universities in the United States are located there: the Harvard University in Boston and the Yale University in New Haven. On the natural side, the Acadia Park in Maine and Cape Cod in Massachusetts should not go unmentioned – and what would a trip to New England be without having experienced the famous "Indian Summer"?

The gap between New England and the Souths is closed by the so-called Mid-Atlantic States. These include New York with the eponymous capital, New Jersey and Pennsylvania, where the Declaration of Independence was drawn up in 1776 and the first constitution in 1787.

Jazz music, Cajun cuisine, Mardi Gras – the American southern states can be proud of their vibrant and ubiquitous cultural heritage. Today, there is only a geographical border. Less than 200 years ago, however, there was the Mason-Dixon Line, which separated the urban northern states from the agriculturally dominated south ("Dixieland").

Until the American Civil War in the 1860s, a small white upper class lived in the "Deep South". The extensive antebellum estates were most often surrounded by cotton or sugar cane plantations and worked on by a considerable number of slaves.

A strictly geographical view would also include Oklahoma, Kentucky, West Virginia, Delaware and Maryland – although historically these were not part of the Confederation.

Must-sees in the southern states are the tropical marshlands in the Everglades (Florida) or the Bayous at the Mississippi Delta (Louisiana). Cities like New Orleans, Memphis and Nashville are a good tip for music enthusiasts. The extensive sandy beaches on the Gulf of Mexico offer recreation.

Southwest is the term commonly used to describe those states that are geographically located in the south of the USA but were not involved in the American Civil War. These include New Mexico and Arizona – due to the very similar landscape, Utah and Nevada are also frequently included.

In Arizona, there are important natural monuments like the Grand Canyon National Park, the Monument Valley, Sedona and the Antelope Canyon. If we cross the border to New Mexico, we can admire White Sands, El Malpais and Shiprock – and discover some historic Pueblo villages.

Utah is especially known for its five national parks (Zion, Bryce Canyon, Canyonlands, Capitol Reef and Arches), which are not called "Mighty 5" for nothing. The Wasatch Chain stretches around the capital Salt Lake City with ski resorts that stand up to international comparison.

Las Vegas may not be the capital of Nevada, but with its dazzling nightlife, it is without any doubt the epitome of the otherwise rather barren Southwest. In the Death Valley National Park at the Californian border, you have reached the lowest point of the American continent with 85 m below sea level.

Also at the Californian border stretches the Lake Tahoe region: There the desert state merges into the "Cowboy Country" with its wide, grassy plains and crystal clear lakes. Where today the US50 runs, in 1860 the riders of the famous Pony Express were transporting mail from east to west.

The term "Midwest" or "Heartland" refers to the states east of the Great Lakes. Ohio, Michigan, Indiana, Illinois, Wisconsin and Minnesota have a direct share in one of them.

Huron, Erie, Ontario, Superior, Michigan – these are the five Great Lakes between the United States and Canada. Particularly worth seeing are the Niagara Falls between Lake Erie and Lake Ontario.

Further west, the country descends continuously to the Great Plains, where today's states of North Dakota, South Dakota, Nebraska, Kansas, Iowa and Missouri are located. This is where the classic American prairie stretches out with its extensive grass steppe, once crossed by large herds of wild bison and now used intensively for agriculture.

North and South Dakota are characterized by the Badlands, a strongly eroded landscape full of canyons, so-called "buttes" and "hoodoos". At Mount Rushmore in South Dakota, you can find the portraits of four great American presidents carved in stone.

Wyoming, Montana, Colorado and Idaho are often called "The Mountain States" due to their share of the Rocky Mountains. Only sparsely populated, the imposing mountain landscape is the main focus here. National parks like Glacier, Grand Teton and Yellowstone are definitely worth seeing.
Depending on the definition, Utah and Nevada (sometimes even New Mexico and Arizona) also belong to the Mountain States – after all, like their northern neighbors, they are located on the border between the Great Plains and the Rocky Mountains.

The Pacific Northwest comprises the states of Oregon and Washington and extends up to British Columbia in Canada. The region is best known for its mountainous landscapes, some of which still contain active volcanoes.

Notable are for example the Cascade Chain with the highest elevation in Washington, Mount Rainier, or Mount Mazama in Crater Lake National Park. In contrast, there is a maritime coastal strip that stretches as far as California in the south.

California is excluded from most regional definitions – the landscape and vegetation are extremely diverse in relation to the size of the state. They range from the alpine mountain landscape in Yosemite National Park and forests of giant sequoias to fertile valleys, sandy beaches and even deserts.

However, the "Golden State" also plays a special role due to its settlement history. Already in 1850 – and thus long before the other western regions – the territory was declared the 31st federal state of the USA. This is not least due to the gold rush, which attracted several hundred thousand people.

What remains are two states that cannot be more different: Alaska and Hawaii. Located in the extreme north and southwest of the USA, they have one thing in common: Since 1959 they have been the 49th and 50th federal state of the USA.

Alaska is still largely undeveloped for tourism. The Denali National Park has beautiful natural landscapes for those who enjoy the discovery. The Inside Passage captivates by its wonderfully formed fjord landscape, while between the Katmai National Park, the Kodiak Island and the Aleutian Islands many active volcanoes can still be admired.

The 137 islands of Hawaii are located about 2300 miles from the American mainland. Nevertheless, they are a popular holiday destination – especially the eight largest archipelagos Hawaiʻi, Oʻahu, Kauaʻi, Niʻihau, Maui, Molokaʻi, Lānaʻi and Kahoʻolawe.

Hawaii is characterized by active volcanoes and a tropical landscape with numerous waterfalls, lakes and sandy beaches. The 2.5-mile long Waikīkī Beach at Oʻahu is particularly popular.

In addition to the 50 states, the USA also has sovereignty over several territories such as American Samoa, Guam, Puerto Rico, the Northern Mariana Islands and the American Virgin Islands.