It is worth the detour to the lookout tower of Kis-Kopasz-hegy near Mária-szakadék (Mária Gully).

Take a pause on your walk at the old and abandoned forest cemetery of Körtvélyes before hiking up to the peak of Kis-Kopasz-hegy. It is just a few minutes’ walk to arrive at the lookout tower. The name may be deceiving as it refers to Körtvélyespuszta, a farming village nearby and not the peak called Körtvélyes a few kilometers away.

The tower is 16 meters high and opened in 2015. The triangle based metal structure was covered with pinewood. From the observation deck you can see Tata Basin, the town of Tatabánya with the Turul Bird Statue and Ranzinger lookout as well as hills of Gerecse to the north, Nagy-Csákány, the highest peak of Vértes to the south, in clear weather, Pilis-tető to the northeast and Nagy-Kopasz in Buda Hills to the east. The view to south is somewhat obstructed by Mészáros-hegy with a telecommunications tower.

The tower provides a view over the probable site of the victorious Battle of Bánhida in the early 10th century, although the exact time, location and even the participants are disputed. The legend has it that troops of Svatopluk I and Árpád fought a bloody battle here in 907 with the victory of the Hungarians and the death of the fleeing Moravian ruler. Other sources locate the battle near Pozsony the same year against East Frankish King Louis the Child.

Be the first to review and help others. 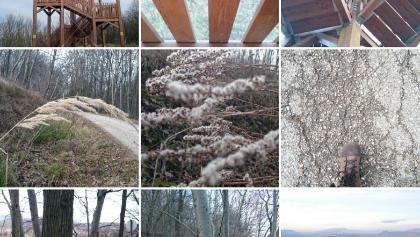 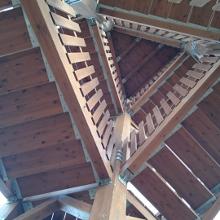 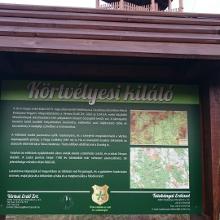