The renovation of the 700-800-year-old castle in the heart of the Zemplén Mountains has received a lot of attention in recent years. Its keep was rebuilt with utmost accuracy and hosts interactive exhibitions on several floors. There is a lot to do around the castle: if you wish to pause your hiking with a little cultural program, you can visit the event square next to the castle for thematic events, or the visitor center for a 3D film.

The history of this famous castle started around the turn of the 13th-14th century; it was probably built by a member of the Aba family. The golden age for the castle was in the 16th century. Its owners at the time, the Serédy family and their successors used it as a residence. Habsburg troops occupied the castle in 1685 and started demolishing it in a year. The castle ruins therefore played no role in the Rákóczy-rebellion. In addition, the locals scavenged its well-carved stones for their own use. Until the mid-20th century the ruins were only visited by some travelers and hikers, however, from the 1970s local foresters and volunteers started to take care of the area – if only by culling the undergrowth.

The council of Regéc began to take care of this historical monument in 1990, and an archeological excavation and renovation was initiated in 1999. The rebuilding of the northern tower started in 2003. The walls of the keep were strengthened and partially rebuilt, while the old wooden stairs and pathways were replaced in multiple places. The keep, demolished more than 300 years ago, was opened in 2016, restored exactly to its original design. Interactive exhibitions and a stone collection await visitors on each four floors. You can find a large square close to the castle, where you can attend thematic programs and medieval tournaments. The visitor center here hosts a gift shop, a café and a brunch terrace with a view over the castle surroundings.

It is recommended to check the visitor center, where you can learn about the childhood years of Ferenc Rákóczi II. The prince spent his younger years and studies in the Castle of Regéc. Visitors can watch a 3D film portraying the three historical eras of the castle reconstructed by virtual technology, based on archeological research and the archives. You can find a cafeteria, a gift shop and a café in addition to a tourist information point.

The road to the castle has been renovated and widened, and the castle can be accessed by car, or a 1.5 kilometers’ walk.

Open all year round. Only weekends during the winter season. 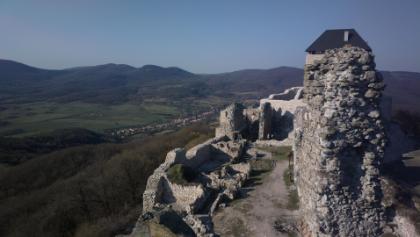 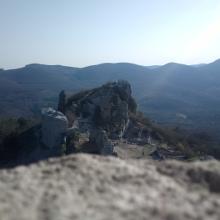 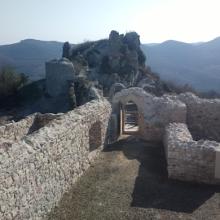 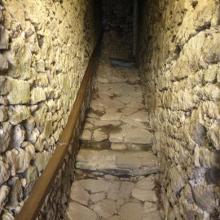