One of the most popular views in Hungary with the Danube surrounded by high rising mountains. You will be generously rewarded with a splendid scenery for your effort.

Prédikálószék truly sits above the Danube Bend as a majestic throne. The 639-metre-high summit ensures a majestic panorama of the horse shoe shaped bend of the Danube, Szent Mihály Hill with a fragmented hillside just opposite, and the mass of Börzsöny towering above the ribbon of the river in the background. Considerable height and steepness further enhance the view.

To the east, the ridges of the Visegrád Hills sloping down towards the Danube and the mass of Naszály Hill dominate the landscape, but Visegrád Castle is also clearly visible. In clear weather, we can even see all the way to Mátra. The harmony of the hilly woodlands and the river cutting through the Visegrád Strait makes this picturesque landscape one of the natural wonders of the North-Western Carpathians.

The Danube Bend below is an exceptional location: the Danube and the mountain range as two basic geographical elements of the Carpathian Basin meet only twice besides this spot. Nearly each stream from the main range of the Carpathians flow into the Danube, sooner or later. At the same time, their sediment is deposited to pad plains of the basin. This “game of give and take” is truly illustrated in this horseshoe bend.

Szent Mihály Hill opposite and Visegrád Mountains together are remains of the same stratovolcano. The slopes of the once 1,500-metre-high volcano stretched high and steep. Finally, as a result of a gigantic slide the volcano opened up and the enormous mass of eroded land created the present landscape of the valley of the Visegrád Strait. The Danube carved its way into this slit, sawing its bed deeper and deeper. Parallelly, tectonic forces kept shaping the landscape and the landmass continued to rise gradually. The river and its tributaries adopted themselves by etching deeper in the andesite bedrock and making deep and narrow valleys (east of the lookout tower).

By now, changes in landscape have mostly hidden the caldera of the ancient volcano. Its site is surrounded by Prédikálószék - Szent Mihály-hegy - Öreg-Pap-hegy - Keserűs-hegy (Öreg-Pap-hegy is the mount in the east with a steep slope towering much over its neighbours.).

A large boulder close to the peak features a plaque by Duna kör (Danube Circle), commemorating protests against the Gabčíkovo–Nagymaros Dams before the political changes of ‘89. As a part of the project, Prédikálószék was chosen to host a pumped storage plant to generate power by utilizing gravitational energy of water pumped up from the river. Fortunately, the investment was cancelled and the only manmade construction on the peak is the lookout tower and a wooden cross. The name is the loan translation of the German name “Predigerstuhl”, coined probably after the shape of the peak.

There is even a webcam at the top of the lookout tower, so we can check the current weather before leaving home. As a bonus, free Wi-Fi is available near the tower, so we can share our recently taken photos right away.

The lookout tower also hosts a thematic exhibition. It presents legends of the region and scenes from the life of Hungarian kings in a peculiar style.

The lookout tower functions as a bivouac shelter too. The surrounding forest, however, is a forest reserve, so do not leave trails.

open today
Open all year round.

A popular but strenuous all day round-trip in Visegrád Mountains with the most spectacular sights.

1
from Áron Dömsödi,   Magyar Természetjáró Szövetség
Show all on map 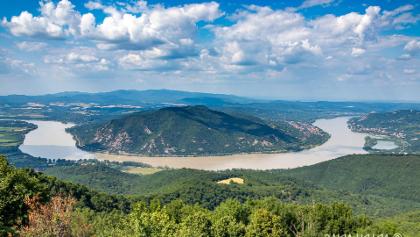 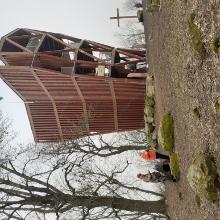 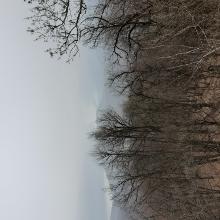 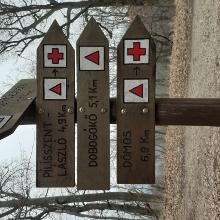 A sight to behold: the classic crescent between Dömös and Visegrád, connecting the representative Vadálló Stones, the breathtaking panorama of ...

A popular but strenuous all day round-trip in Visegrád Mountains with the most spectacular sights.