One of the most important natural attractions of Tatabánya is a sizeable hole on a giant wall of limestone rock. It is not only its formation, its openings and the view it offers that make it special but archaeological findings as well.

Szelim Cave (length: 45 m, height: 18 m) may as well be nicknamed as 3-holed Cave since it has two openings that overlook the town and one on the ceiling that caved in. Several tilted layers of Dachstein limestone spiral around the hall. The cave was formed by water dissolving limestone and it was uplifted by later tectonic movements.

Thick layers of limestone show the cycles of rock formation: as a result of alternating tidal motion in the Tethys Ocean thin layers of sediment were deposited in shallow water, while thicker layers built up in deep-water environment. As shoreline kept advancing and receding more distinct layers were deposited – as it is revealed in Szelim Cave.

Today an atmospheric path along the edge of the rock leads to the cave, but it is accessible on stairs from above too. However, archaeological findings have shown that it was not 21st century tourists who first appreciated the cave. In the 1930s, the examination of sediment 12 meters deep by Kessler Hubert presented evidence for the presence of Neanderthals 70-80 thousand years ago and traces of various animals, such as mammoth, wolf, woolly rhinoceros, ancient bison and cave bear were found.

The legend has it that residents of 7 villages nearby fled to the cave to hide from plundering Turkish troops. When one of the women tried to fetch water from the creek, she was captured. Turkish soldiers had found the cave, but as the entrance was barricaded, they broke in the ceiling and killed people inside by smoke.

The openings of the cave offer a view over Tatabánya and the Danube, as well as hills of Vértes on the left. Szelim Cave has had a protected status since 1982. 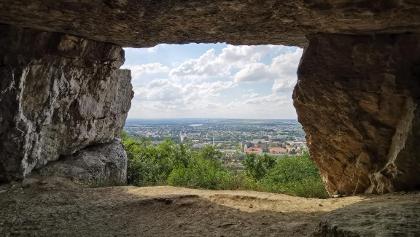 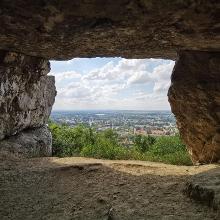 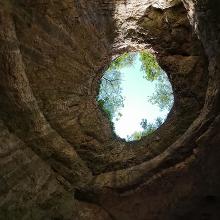 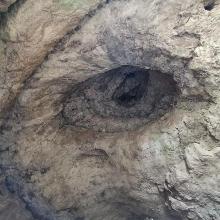