The Alps are the highest high mountains in the interior of Europe and form the boundary between the Mediterranean region and northern Central Europe. The mountain range stretches from the Ligurian Sea to the Pannonian Basin, covers eight countries and is considered an important recreational area. Painted and described by artists and poets, the Alps still fascinate us today and are the dream destination of many mountain and winter sports enthusiasts.
Read on
Outdooractive Editors  Verified partner
Author of this page

Destinations in the Alps

Attractions in the Alps

The Alps are divided into numerous mountain groups and chains. The attempts to divide them up are based on geological differences (Western and Eastern Alps), the historical-geographical facts (Western, Central and Eastern Alps) as well as on climate, vegetation and settlement. Overall, the Western Alps are higher than the Eastern Alps. The Alpine region comprises the eight countries France, Monaco, Italy, Switzerland, Liechtenstein, Germany, Austria and Slovenia. The highest mountain peak is the Mont Blanc with 4,810 m on French territory in the Western Alps.

Alpine tourism is a controversial topic. Long established in the neighboring regions, locals and nature conservationists want to protect the mountains from mass tourism to preserve the natural landscape and also the climatic conditions.

Activities in the Alps 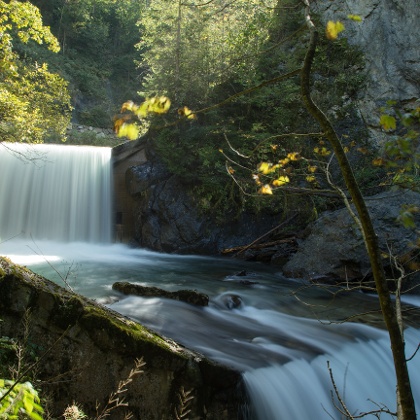